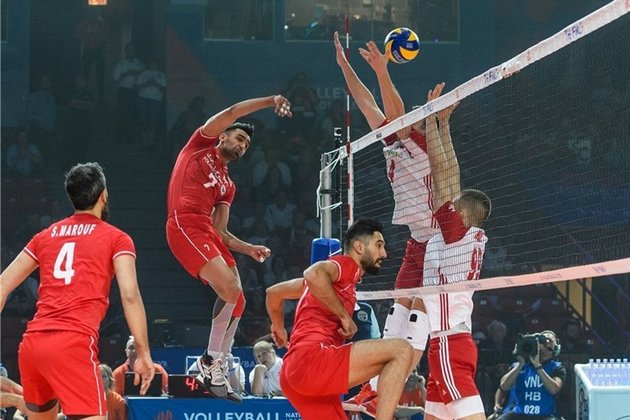 TEHRAN (Tasnim) - Iran was defeated against Poland in its first match in Pool B of the 2019 Volleyball Nations League Final Six early Friday.

Iran will face Brazil in a must-win game early Saturday.

Team Melli will advance to the semifinals if beats Brazil.

Brazil started the campaign with a 3-2 loss to Poland.

Russia, France and USA are in Pool A.

Chinese city of Nyingchi to see wave of new development

LHASA, May 27 (Xinhua) - Construction has begun on 40 key projects in the city of Nyingchi, southwest of China's ...

When this writer recently looked into the mirror and took a good look at how long his hair had grown ...

How London's 100 or so billionaires are faring

Over cups of tea in his ramshackle London home I chatted with a novelist. It felt a valuable opportunity, given ...

Are the Golden Days over?

As lockdown measures start to be eased in most countries around the world, the experts of The Conversation's global network ...

CANBERRA, Australia - Australian Federal Police said Wednesday they were dropping an investigation of a prominent journalist who obtained classified ...