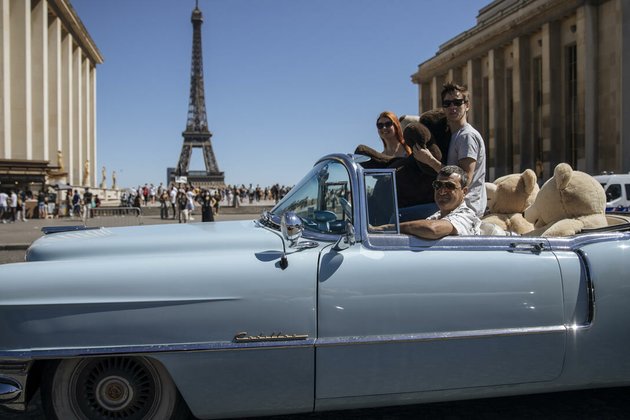 France is enjoying a spring renaissance for its tourism industry, particularly in Paris. The City of Light saw a huge influx of visitors for the April Easter break, a trend that tourism officials say is happily continuing.

International tourist arrivals worldwide have more than doubled, up 130 percent in January 2022 on the same period last year, according to the latest UN World Tourism Organisation figures.

Travellers are regaining confidence, and Europe and the Americas are leading the resurgence.

France in particular is enjoying a tourism comeback, especially due to a scaling back of Covid restrictions.

In 2019, before the pandemic, the tourism sector in France represented 7.4 percent of GDP and 9.5 percent of jobs.

The Eiffel Tower in Paris, for example, recorded 22,000 visitors per day at Easter, close to its maximum capacity.

This is despite the conflict in Ukraine and the absence of Asian tourists due to Covid restrictions.

A quarter of visitors to the Eiffel Tower were French, the tourism office said.

According to Lemoyne, France is "very well positioned" as the "number one destination for travel in Europe for Americans, Belgians, Italians and Spaniards".

The French, for their part, are "a European exception", the minister said, pointing out that 60 percent plan to stay in their own country over the holidays.

"With a domestic base that will remain very strong and the return of international customers, this means that we are in for a summer season that can be very, very dynamic," Lemoyne said.

But Didier Arino, director of the Protourisme consultancy, warned there could be trouble ahead.

"It is not the market that is going to be problematic, it is the cost of production of tourist stays, competitiveness, the suitability between the prices of products and purchasing power," he said.

"The players are all increasing their prices, and right now it is going well because people want to enjoy themselves. But we are reaching the limit of what is acceptable for many customers."

Riviera makes up for lack of Russians

The Covid pandemic and now Western sanctions on Moscow over the Ukraine war have kept rich Russians away from the French Riviera, one of their favourite foreign destinations.

But the region does not appear to have had trouble finding big spenders from other countries to make up for the loss of its Russian visitors.

The pandemic had already caused an 80 percent drop in the number of Russian tourists in the Provence-Alpes-Cote d'Azur region, according to the head of the local tourism committee, Francois de Canson.

After Paris, it is the second most popular French destination for Russian visitors.

The European Union has blacklisted hundreds of Russian oligarchs and politicians since Moscow's annexation of Crimea in 2014, adding many more following the outbreak of war in Ukraine.

But many ordinary Russian families living in France have stayed on the coast, according to Thomas de Pariente, deputy director of tourism in Cannes.

"You can still hear Russian spoken on the Croisette," he said, referring to the city's famous beachfront promenade.

But a new "high-contribution" clientele, from Qatar and the United States in particular, has helped tourism on the Riviera rebound since the reopening of borders, he said.

The tourism sector had been courting new customers, including Scandinavian and Canadian visitors, even before the pandemic began.

There are now three daily direct flights between Nice and New York. A Nice-Montreal flight has also opened.

At the end of April 2022, bookings in the region were up 21 percent on the same period in 2019, according to the local tourism board.