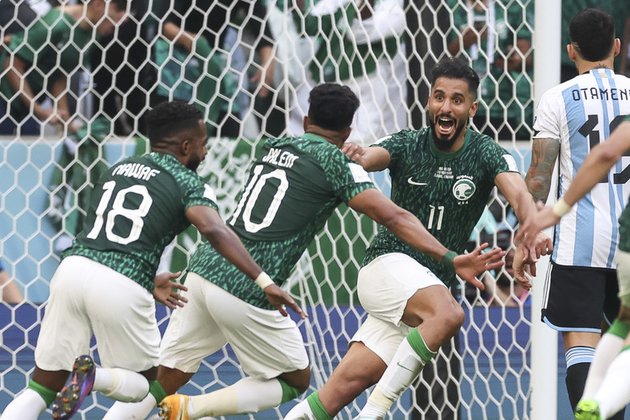 Lionel Messi's hopes of winning what is likely to be the final FIFA World Cup of his career suffered a significant blow in Argentina's opening Group C fixture on Tuesday as the South Americans were stunned by Saudi Arabia in one of the biggest upsets in the tournament's long history.

The early signs had suggested that the game would follow the anticipated script of a comprehensive Argentina win when Messi opened his account in Qatar by slotting home a 10th minute penalty - and the floodgates looked certain to open as the Copa America champions had a remarkable three goals disallowed in the opening 45 minutes.

The momentum quickly turned in the second half with two goals in the space of five minutes from Al Shehri and Al Dawsari, which put Saudi Arabia into an unlikely lead. Despite Argentina pouring forward during more than 13 minutes of injury time, the Green Falcons hung on to claim one of the most remarkable victories ever seen on football's biggest stage.